Violations included election misinformation, from candidate disinformation and polling/voting misinformation, and proliferation of “stop the steal” content. Other disinformation includes COVID vaccine theories and other racially charged content intended to divide the Latinx community against other races. One post in particular–a call to arms in Spanish, depicting several photos of armed white men, women, and militia groups with a caption urging white individuals to stand up and defend their lives, their flag and their country with pride–is still up and visible to Facebook users today.

The organizations organizing this call, along with several partners, sent a series of demands to Facebook in November which have gone unmet. Read the letter here.

Issued by the Center for American Progress, Free Press, National Hispanic Media Coalition and the Real Facebook Oversight Board ~ March 16, 2021

Our organizations have met with Facebook several times, we have flagged content through emails, and we have publicly shared our concerns with Facebook about the rampant spread of U.S. Spanish-language disinformation and hateful activities on the platform. We remain deeply disappointed that concerns are continuously ignored. It is time for Facebook to meaningfully act and commit to protecting its Spanish-speaking users.

Center for American Progress, Free Press, National Hispanic Media Coalition are founding members of Change the Terms, a set of recommendations and model corporate policies to online companies to adopt in efforts to curb hateful activities on their platforms. Facebook’s efforts to reduce hateful activities and disinformation must be replicated in Spanish and other languages in which Facebook operates. The following issue areas and action steps for Facebook align with our recommendations on matters of enforcement, training, transparency, staff, and governance. 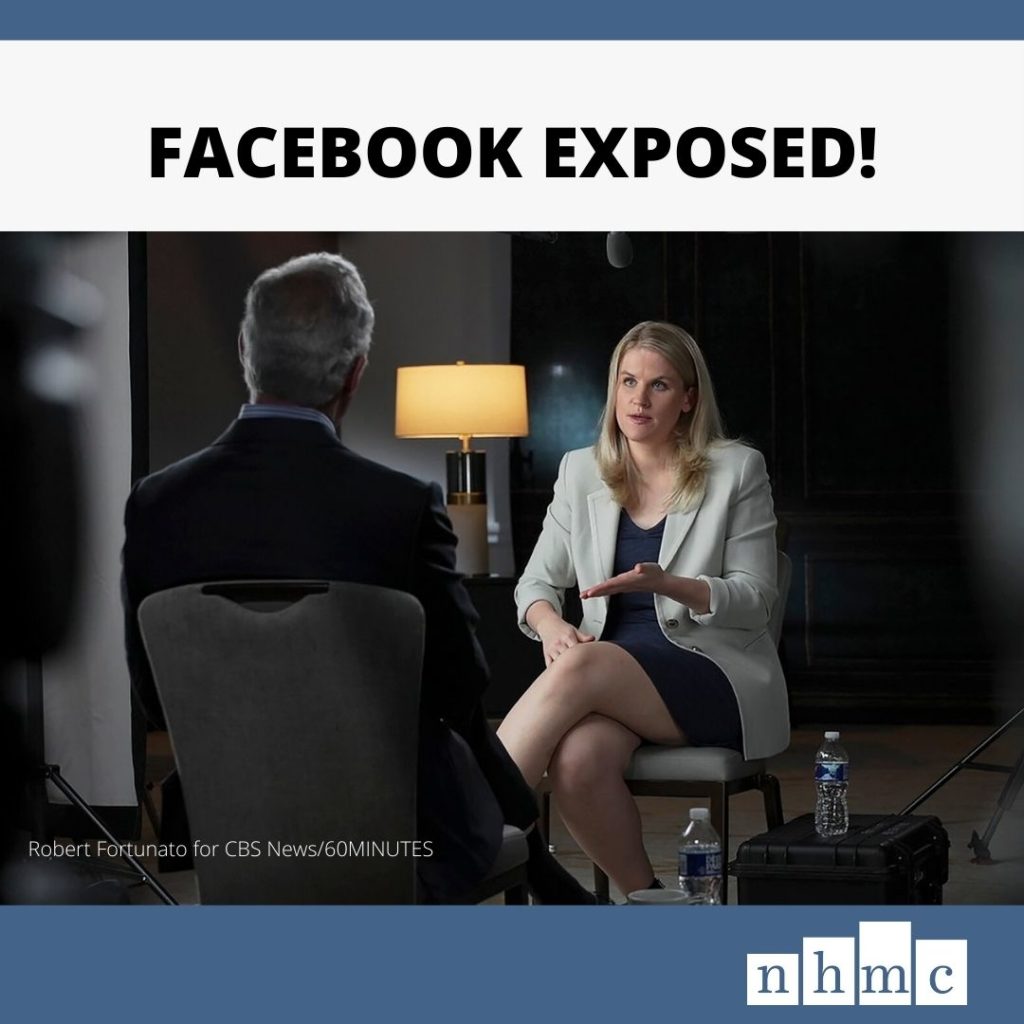 October 4th 2021 A Statement from Brenda Victoria Castillo, President & CEO of the National Hispanic Media Coalition (NHMC) Yesterday’s 60 Minute interview with Frances Haugen, former Facebook Product Manager addressed, “conflicts of interest between what was good for the public and what was good for Facebook,” referring to Facebook misleading the public in supporting […]

STATEMENT: Facebook Oversight Board Justifies Trump Ban, Punts Decision Back to Facebook’s Out of Touch Leadership

A statement from Brenda V. Castillo, President & CEO, National Hispanic Media Coalition    Today, the Facebook Oversight Board upheld Facebook’s decision to restrict Donald J. Trump’s access to posting content on his Facebook page and Instagram account. As stated in the case summary,  “Mr. Trump created an environment where a serious risk of violence [...]

Today NHMC joined Congressman Tony Cardenas, The Real Facebook Oversight Board, Free Press, and the Center for American Progress to tell Facebook: ¡Ya Basta! Facebook has an ongoing Spanish-language Disinformation crisis on their hands, and we are tired of excuses and ready for answers. New Video, Campaign, Op-ed, Spanish-Language Disinformation Action Plan Call on […]

NHMC joined Congressman Tony Cardenas, The Real Facebook Oversight Board, Free Press, and the Center for American Progress to tell Facebook: ¡Ya Basta! Facebook has an ongoing Spanish-language Disinformation crisis on their hands, and we are tired of excuses and ready for answers. Full PDF of Press Release Tweet 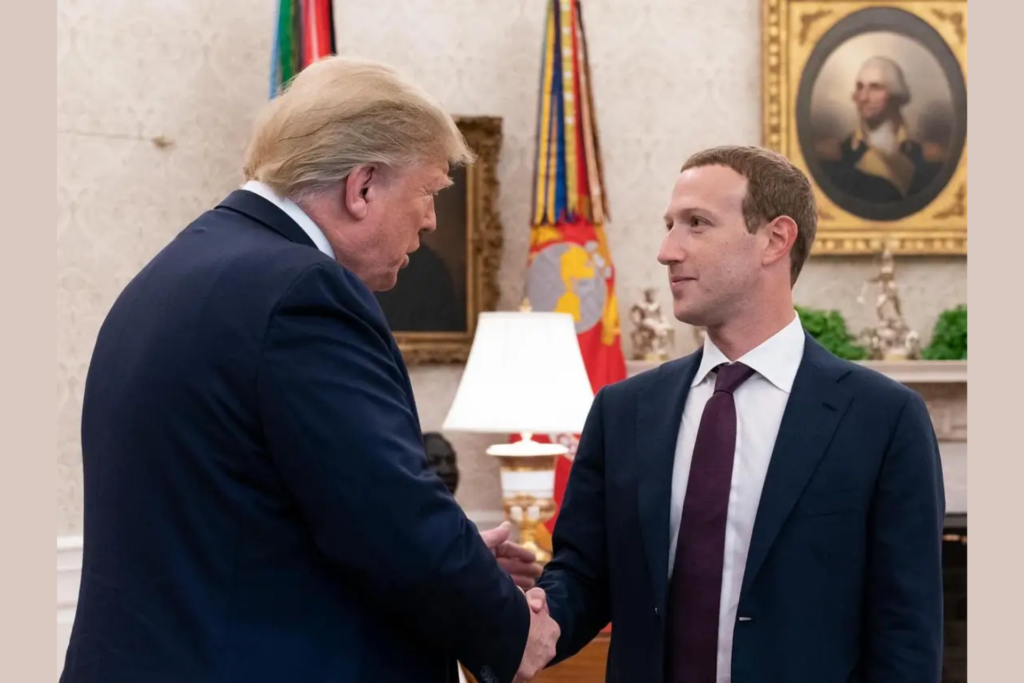 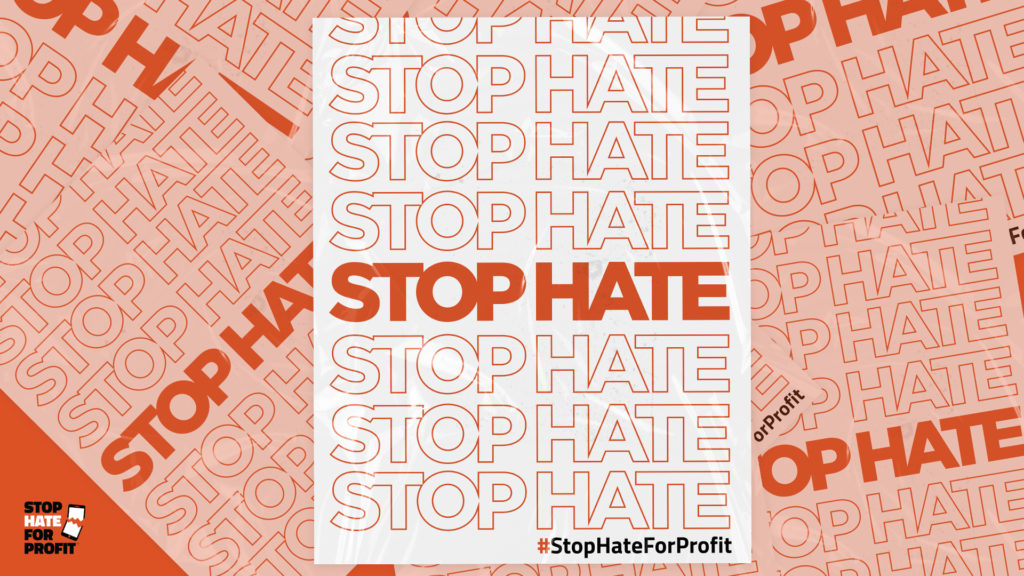 Stop Hate for Profit– the national coalition of civil rights organizations and advocacy groups behind the largest advertiser walk-out ever of Facebook last summer and September’s Week of Action on Instagram– is demanding that Facebook, Twitter, Alphabet and other social media platforms #BanTrumpSaveDemocracy by permanently removing Donald Trump from their platforms. 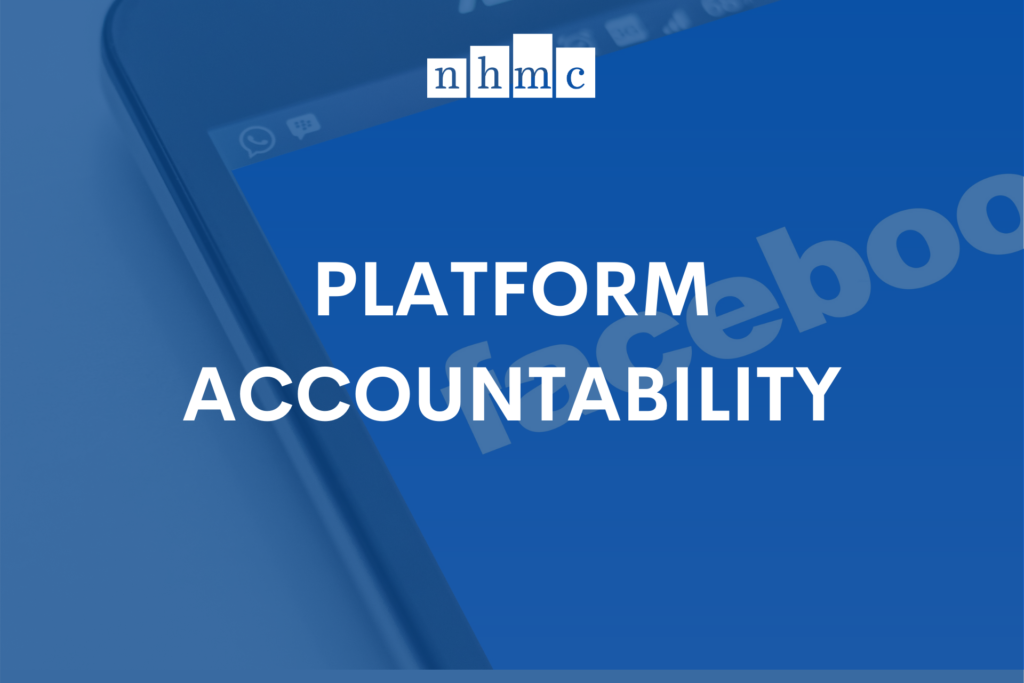 STATEMENT: Democracy and Lives Depend on Effective Leaders

Our country needs true leadership right now. Mark Zuckerberg, Jack Dorsey, and Sundar Pichai: we urge you to permanently ban the accounts of Donald Trump and other bad actors circumventing your content moderation policies on social media in order to save lives and safeguard the democracy of the United States of America. 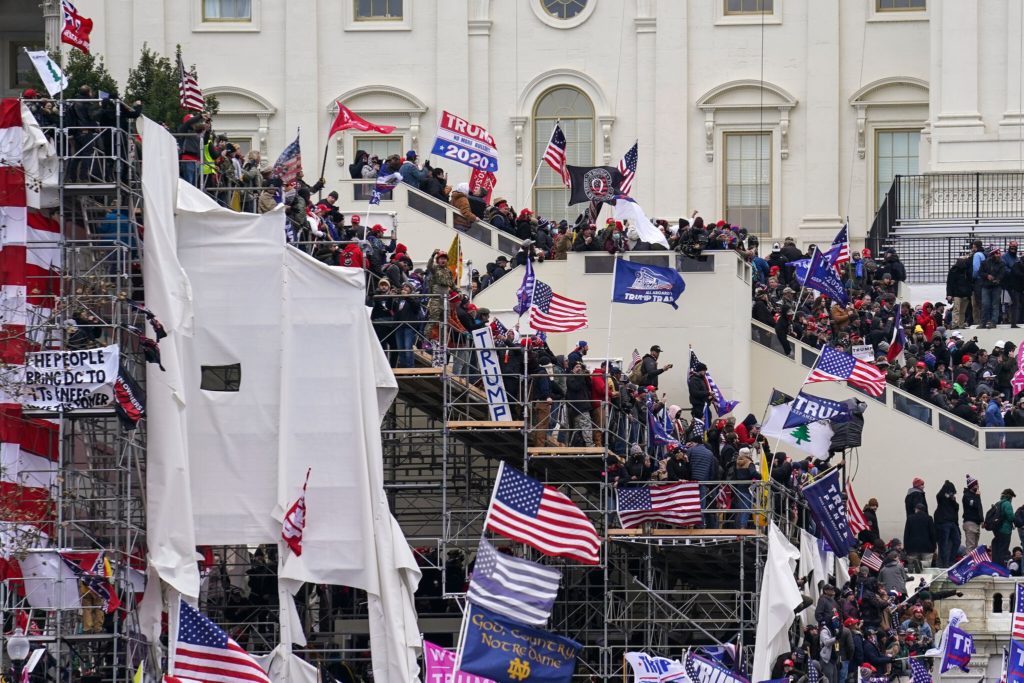 Social Media platforms have enabled the spread of White Supremacy and dangerous conspiracy theories under the guise of responsible content moderation for far too long. As we have learned time and again, temporary suspensions and downranking of repeat offenders, like President Trump, are not sufficient nor appropriate given the gravity of the issue at hand.

The National Hispanic Media Coalition, Free Press, the Center for American Progress, and several allies  sent a letter  to Mark Zuckerberg and Sheryl Sandberg to put pressure on Facebook’s top leadership to address the inaction to curb the spread of Spanish-language disinformation.