<![CDATA[<strong>In this edition of NHMC at Work 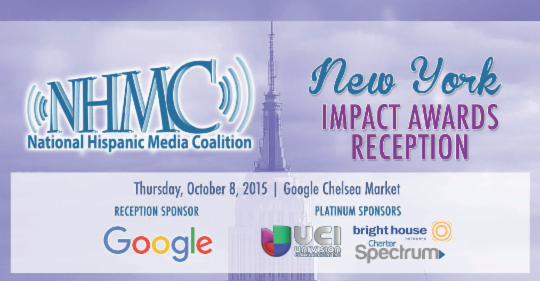 NHMC is excited to announce its inaugural New York Impact Awards Reception on October 8 at Google’s New York Chelsea Market Space. The Impact Awards Reception will recognize local talent in the largest designated market area in the country – New York, and this year’s recipients include:
John Quiñones, ABC News anchor and correspondant, and host of What Would You do?, will be the master of ceremonies for the event.
To learn more about the event, click here. 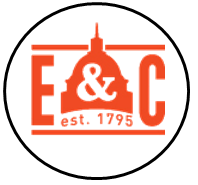 Michael Scurato, NHMC’s Vice President of Policy, testified before Congress on Friday, September 25, advocating for more equitable broadcast ownership rules. The hearing, entitled “Broadcast Ownership in the 21st Century” before the Communications and Technology subcommittee of the House Energy and Commerce Committee, allowed NHMC to specifically urge Congress to reinstate the Minority Tax Certificate and to push the FCC to strengthen media ownership rules and perform research and analysis. More details on the hearing, as well as a video of Scurato’s testimony, can be found here. NHMC’s written testimony is available here.
“There are more than 1,300 full-power television stations in this country,” Scurato said during his testimony. “Latinos held a majority interest in only three percent of full-power television stations in 2013 despite accounting for 17 percent of the population.”Due to other Capitol Hill developments that day, the hearing was cut short, preventing Members from asking follow-up questions of the witnesses. NHMC looks forward to providing answers spurred by its testimony-either in person at a follow-up hearing or via written response.

NHMC’s Executive Vice President and General Counsel, Jessica J. Gonzalez was recently recognized as one of the women who “won net neutrality.” Marvin Ammori recently published an article on Slate.com highlighting the work women have done towards net neutrality. Gonzalez was credited for her work in explaining to policymakers the importance of an open Internet for disadvantaged groups. Ammori referenced to Gonzalez’s testimony before congress as well as the New York Times op-doc that underlined the importance of net neutrality for all.

Recently  #TinaFey failed to name 20 Latino performers on Billy Eichners show Billy on the Street. All we could think of here at NHMC is, if only she had a lifeline to call NHMC we could not only fill her in on all the Latino performers, but more specifically, the Latino actors that will be starring in TV shows this Fall season! So here goes NHMC’s response to the “LaTina Fey” challenge:
Mondays:
Tuesdays: Wednesdays: Thursdays:
Granted we had more than a minute to compile this list, but this season is impressive in the amount of Latino regulars starring on network television shows. And just to be clear – this is not an exhaustive list as it does not include cable television or streaming outlets (visit our blog next week for this list). NHMC hopes this list is doubled by next year and will continue to push the networks to accurately portray the diverse world we live in in their programming. Now let’s tune in to these shows to support Latino talent and more diversity in Hollywood!

The NHMC Television Writers Program is an intensive scriptwriters workshop that prepares Latinos for writing jobs at the major television networks. The five-week total immersion workshop is designed to hone participants’ script-writing skills and prepare them to best package and present their work to television network and show executives.

Launched in 2003, the NHMC Television Writers Program was created to expand the amount of Latinos working behind the camera as a way to increase fair and accurate portrayals of Latinos on television.

The 2015 NHMC Television Writers Program is sponsored by Disney/ABC Television Group and Comcast/NBCUniversal.

NHMC had the pleasure of visiting the University of Southern California’s El Centro Chicano (ECC) for its Power Pan Dulce speaker series on September 18. NHMC President & CEO Alex Nogales spoke to students about NHMC’s media advocacy work and the need for more diversity. Big thanks to ECC Director, William “Billy” Vela, for organizing the event. NHMC looks forward to its partnership with ECC. USC El Centro Chicano strives to foster a community of critically thinking, socially conscious Chicana/o and Latina/o leaders by providing personal, social and academic support through graduation and beyond. To learn more about ECC, visit www.usc.edu/elcentro.

On October 6, NHMC and BabyFirst will announce the winners from their “Rising Creators Project,” a Latino-inspired programming competition which invited emerging talent including writers, musicians, animators and producers to submit their idea or existing children’s TV series for consideration.
The criteria for submission included educational value, entertainment value, age-appropriateness for 2-4 year-olds, ingenuity, and cultural relevance. Acceptable content included music, animation, scripts, show concepts and existing works, all embracing the Latino culture.
The three finalists included Anisa Delaluz, whose five minute bilingual animated short is titled What’s in the Box, Zoila Amelia Galeano and Jennifer Dornbush’sTeam Abuelita, chronicling a superhero and her team of niños who save the day from situations including bullies and rival siblings, and Kimberly Lord, who is taking English language lullabies and reinventing them in various Latino musical styles in her show Estrellita.
To learn more about the”Rising Creators Project” visitwww.RisingCreators.com
]]>