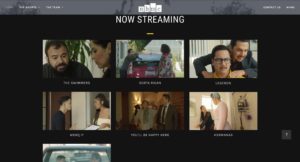 To kick off National Hispanic Heritage Month, the 35-year-old civil rights non-profit will be showing the world the power of Latinx creativity

The showcase, which was originally established in 2010 as the Latino Scene Showcase, has over the past few years moved from onstage live performances to full on-set productions to cater to today’s streaming platform. The shift provides greater reach and access for the industry and participating talent.

This year industry executives, casting directors, producers, agents, managers, and audiences alike will be able to log on to NHMC’s Latinx Stream Showcase and have firsthand access to an incredibly talented pool of Latinx creatives to consider for future projects both above and below the line.

“While the entertainment industry has shown some progress towards being more inclusive of the Latinx community, we are still woefully underrepresented both in front of and behind the camera.” said Brenda Victoria Castillo, President & CEO of the National Hispanic Media Coalition. “With this showcase, we want to shine a light on the talented creatives the industry has yet to discover. These individuals are bringing incredible stories — from our communities — to life, for all the world to see.”

The Latinx Stream Showcase will be presenting the following seven short films written, directed, acted and produced by Latinx talent. All shorts will be streamed on a dedicated website designed to showcase the creators’ talents. Biographies and contact information of all participants in each project will be displayed for networking opportunities and direct access for industry leaders.

NHMC is a 35-year-old nonprofit 501(c)(3) civil rights organization founded to eliminate hate, discrimination, and racism towards the Latino community.

We educate and increase Latinx visibility from our policy work in Washington D.C. to our media advocacy work in Hollywood, where we collaborate, create, and connect Latinx talent with the entertainment industry. At NHMC, we focus on all forms of media because it is one of the most influential and powerful institutions that shape society’s attitudes, values, and beliefs.

We lead the work to eliminate online hate and disinformation across media platforms. We advocate for Affordable Broadband Benefit, Lifeline Program, Net Neutrality protections, and closing the digital divide for Latino and other marginalized communities. NHMC works in partnership with other social justice organizations to safeguard democracy in the United States of America.