About the NHMC Executive Board 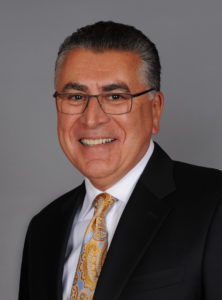 Richard D. Cordova has more than four decades of accomplishment as a healthcare executive at hospital and healthcare systems in California.

He joined Children’s Hospital Los Angeles as President and Chief  Operating Officer in April 2005. In April 2006, he became President and CEO and a member of the Board of Trustees. After ten years of service he retired from CHLA in August 2015. He is now spending his time on various fiduciary and advisory Boards.

He served as a Chairman Officer of the American College of Healthcare Executives for 2014-17 and  served as Chairman for 2015-2016. ACHE is an international professional society of more than  40,000 healthcare executives who lead hospitals, healthcare systems and other healthcare  organizations.

He is a founding member and first chairman of the National Forum for Latino Healthcare Executives;  past-chair of the Institute for Diversity in Health Management, a nonprofit organization founded by  the American Hospital Association and the American College of Healthcare Executives that works  closely with healthcare organizations and educators to expand leadership opportunities for ethnic  minorities in health services management.

He also received the Alumnus of the Year Award from California State University Los Angeles in 2010,  and the Distinguished Alumnus Award from Pepperdine University Graziadio School of Business and  Management in 2006.

Mr. Cordova received a bachelor’s degree in business administration from California State University  at Los Angeles in 1972, and an MBA from the Graziadio School of Business and Management at  Pepperdine University in 1984. He completed a PEW Fellowship at the National Association of Public  Hospitals and Health Systems in 1987.

Mr. Cordova is a native of Southern California, born and raised in Montebello. He’s married with  three married daughters and five grandchildren. 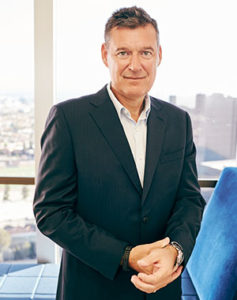 After three years as a successful litigator, Abel began his career in entertainment as a legal and business affairs executive for the television department of The Walt Disney Studios. With this background, Abel brings immense insight to crafting agreements that are structured for results, tailored towards client specifications, and positioned for timely execution.  Thanks to a thoroughly collaborative approach to deal-making, Abel’s professional success lies in the creation and nurturing of productive relationships that help his clients navigate an evolving and increasingly complex, globalized industry.

Fluent in Spanish and English, Abel is fortunate to work alongside some of the most talented and diverse lawyers in the industry, each with unique perspectives and areas of specialty.  As a result, his clients benefit greatly from a company culture that shares its collective expertise and rich network of strong relationships across the sector.

In concert with his professional endeavors, Abel has been actively involved in youth sports as a coach and administrator for over 30 years on the local, regional and national levels.  He currently serves as a board member and strategic advisor for a) US Soccer’s Urban Soccer Commission; b) Street Soccer USA; and c) serves as the Vice Chairman of the Board of the National Hispanic Media Coalition.  Each of these endeavors further his commitment to fostering opportunities for children and adults in traditionally underserved communities.  Abel also mentors students at USC’s Gould School of Law in his spare time. He enjoys fishing in Northern Wisconsin with his family, cheering on Arsenal, LAFC and the Cubs, and is an owner of the National Women’s Soccer League’s Chicago Red Stars. 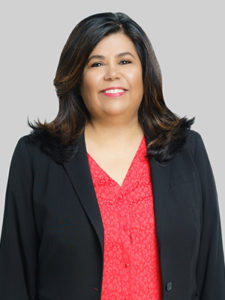 Glenda E. Martinez is Assistant General Counsel at Fox Rothschild LLC where she provides risk management advice to the firm’s national network of offices.  Prior to joining Fox Rothschild, Glenda was a principal in the Law Office of Glenda E. Martinez where she provided outside general counsel services to entertainment companies.  Before that, she was a member of the legal department at Univision Communications Inc. ultimately rising to the position of Senior Vice President and Associate General counsel and serving as the head of Univision’s Legal Department’s Los Angeles Office. Before joining Univision in 1995, Glenda was an associate at a national law firm, where she represented clients in labor and employment law.

Glenda served as a commissioner in the West Los Angeles Area Planning Commission from 2006 to 2013 and held the positions of president and vice president. She has also served on several non-profit boards.  Currently, she serves on the boards of Upward Bound House and Wildwood School.  Glenda is an advisory member of the Minority In-House Counsel Association, a member of the Mexican American Bar Association (MABA) and the Hispanic National Bar Association. 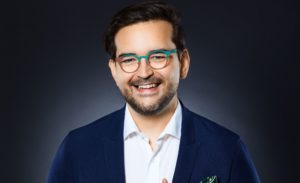 Jaime Dávila Is A Leader Among The Generation Of Producers Dedicated To Creating More Authentic And Inclusive Content Through A Latinx Lens. Since Founding Campanario Entertainment, Dávila Has Established The Company As A Prolific Source Of Multilingual Content And A Production Bridge Between The U.S. And Latin America, With An Authenticity To Its Latinx Roots And Appeal For Mainstream Audiences.

Dávila’s Slate Includes The Popular Netflix Original, Selena: The Series, Which Celebrates And Tells The Life Of Mexican American Singer And Icon Selena Quintanilla. To Date, The Series Has Been Viewed In 25 Million Households And Has Reached The Netflix Top 10 In Over 23 Countries. The Series Held The Number One Spot In The United States During Premiere Week And Spent 26 Days In Mexico’s Netflix Top 10. Along With The Top-charting Netflix Original, Additional Productions From Campanario Entertainment Include Como Sobrevivir Soltero, A Dramedy For Amazon Prime Video Which Recently Scored A Two-season Order For The Service On The Heels Of A Successful Season 1 Premiere In 2020, And Bravo’s Groundbreaking Realscreen And Imagen Award-nominated Series Mexican Dynasties. The Company Also Has A Number Of Projects In Development, Including Bridges, A Multi-generational Series To Be Produced In Partnership With Eva Longoria’s Unbelieevable Entertainment. Campanario Is Also Known For Camelia La Texana (For Telemundo) And Laugh Factory En Espanol (With Pantaya).

Under Davila’s Guidance, Campanario Entertainment Does Not Shy Away From Producing Thought-provoking Premium Content. For Example, Dávila Oversaw The Creation Of Colossus, A Timely Family Separation Documentary Detailing The Struggle Of A Young American Teenage Boy Separated From His Parents And Sister When They Were Deported Back To Honduras. The Film Made Its Debut On The Documentary Festival Circuit At The 2018 Doc Nyc And Went On To Have Its National Television Premiere On Fuse Tv.

At Campanario, Dávila Leads A Team Of Dynamic Executives Who Are Developing And Bringing To Fruition A Variety Of English And Spanish-language Projects. He Also Commits Himself To Increasing Latinx Representation In The Media Outside Of Campanario; In 2020, Dávila Was Appointed To The Board For The National Hispanic Media Coalition (Nhmc), A Non-profit Advocating For Fair And Consistent Representation Of Latinos In The Media And Entertainment Industries. He Also Serves As A Mentor And Industry Ally For The Next Generation Of Latinx Writers And Showrunners, Developing Projects With Up-and-coming Talent.

Before Launching Campanario, Dávila Worked At Icm Partners, Itv Studios, And Bravo. At Bravo, Jaime Worked Under Andy Cohen To Create Multiple Original Series And Adapt International Formats To Domestic Audiences. Dávila Spearheaded The Development And Creation Of Many Hit Shows, Including   New Restaurant, A Food Competition Series Starring Top Chef Judge Tom Colicchio; The People’s Couch, A Hit Reality Series Adapted From The Popular Uk Format; And The Docu-series The Extreme Guide To Parenting. Earlier In His Time At Bravo, Dávila Worked On The Team Responsible For Vanderpump Rules, Below Deck, And Shahs Of Sunset.